What a james bond 007 die heart fan should not miss: the controversial Daniel Craig for the new bond release 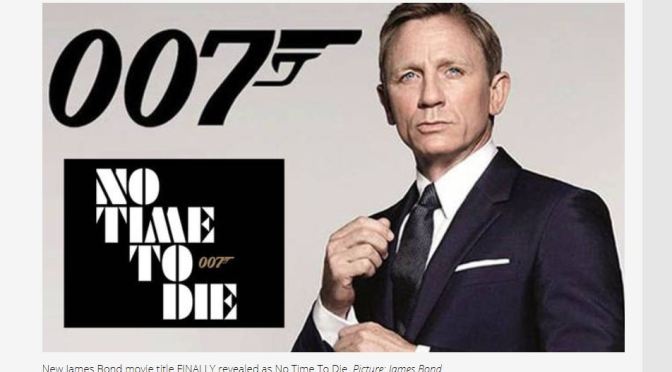 In the upcoming James Bond film, “Casino Royale,” British actor Daniel Craig will play the lead role of James Bond. This, however, does not sit well with a group of James Bond fans, who have launched a Web site, http://www.craignotbond.com.

A statement on the site said that “EON Productions angered fans around the world when they fired Pierce Brosnan at the height of his popularity as Bond. To add insult to injury, EON cast a short, blond, odd-looking Daniel Craig in the role of Bond.”

The site goes on to ask, “How can a short, blond actor with the rough face of a professional boxer and a penchant for playing killers, cranks, cads, and gigolos pull off the role of a tall, dark, handsome and suave secret agent?”

The angry group of Bond fans have threatened to boycott “Casino Royale” and any other Bond films that Craig will star in.

Though Craig may have a wounded pride from all of these happenings, he does have a big supporter in his predecessor, Pierce Brosnan.

“I think Daniel is a very fine actor. These are rocky waters, and they’re going to get him one way or another, but I think he will have the last laugh at the end of it,” Brosnan said.

Craig has had roles in “Munich” and “The Jacket.” He accepted the role of Bond last October, and filming for the movie began last month in Prague. Last week the producers of the film cast French actress Eva Green as Bond girl Vesper Lynd and Danish actor Mads Mikkelsen as the villain le Chiffre.

Inspirational life lessons that you should have learnt from Mallika Sherawat: the dilemma between marriage and career

The old trend that a cinephile should know: DVD movies to rent allows you to enjoy blockbuster at home