Putting the Da vinci code books to the big hollywood screen: a must see or the blasphemous of the legend 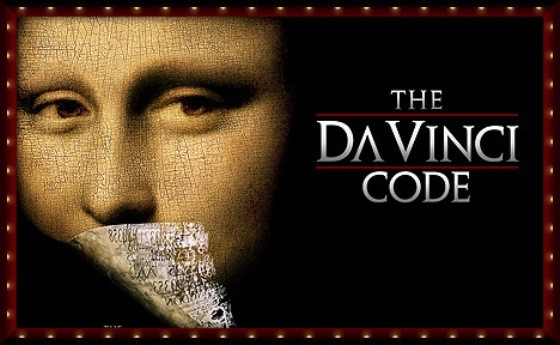 The first time I heard of Da Vinci Code, I didn’t pay much attention. All I know is that it is a novel and that’s it. But when it made noise because of its controversial twists, mysteries, arguments, and why Catholics does condemn this book, I got so curious to the point of asking my parents (who are so religious) to buy me a copy of the book. Of course they didn’t buy me one but I made a way to have a copy. I didn’t have enough money to buy the book that time so I just asked my friend to lend me her book. She was so kind enough to entrust her copy to me. I read the book and finished it after two weeks (I’m not a book worm that’s why I’m kind slow in reading books). And yes, it is true and I can attest that the story is unbelievable. There are some parts in the story where it lets me think and analyze, and there are parts that makes me ask ‘what?’ and ‘how is that?’

Some of us think that this is a genius book. Some consider it as a typical novel. Others say that this is a story that must not be published. But let’s face it, Dan Brown can really write a book that makes noise and controversy. His other works like between angels and demons, and deception point also got the attention of many people. But now Da Vince Code has its own movie, this is now the new talk of the town.

It is now on almost all of the movie screens but it passed through many obstacles such as rejections, objections, and criticisms coming from different kinds of people, sectors, and religions. Up to now, it is still being turned down by the Catholics because they say that it is disrespecting God, Jesus, Mary Magdalene, and many others whom they considered as holy.

Open-mindedness in things or movies such as this doesn’t mean that your faith in God is weak. Oftentimes you will learn many things and gain knowledge if you posses this quality. But many times, you will be misunderstood by the people. Here try to picture this, people are so intelligent that whatever you prohibits them to do, to say, or to watch will make them more curious leading them to do it, to say it, and to watch it. In simple terms, the more you ban the movie, the more they will watch it.

Now, it’s your time to decide. Are you confident with your faith in God that you think it can’t be destroyed by anyone or anything? Do you see that Da Vinci Code the movie is just purely fictional? Or you intend to believe in anything that you see and anything you watch? This is a matter of how shallow or how deep is your intelligence, analyzations, and belief in God.