The Essential Steps Of Making An Indie Movie Happens: The Evolution From Kinetoscope 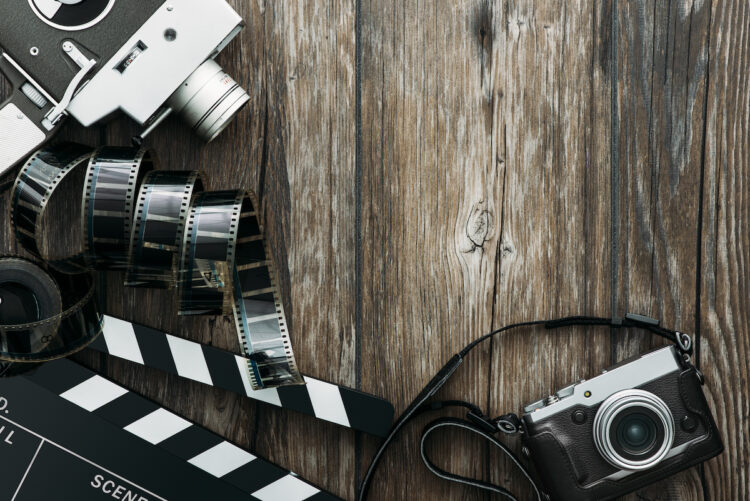 Commitment is an independent filmmaker’s most valuable resource. Without a lot of money to grease the wheels of production, a low budget film producer must rely on creativity and determination to get their films made. If a person wants to get their film made badly enough, there is not much in this world that can stop it from happening.

Making a film on your own with your own money is a very daunting task. It can also be very rewarding. When you decide to take on the awesome responsibility of writing, directing, and producing your own independent film, you better know what you are getting into beforehand. Once you set the ball in motion, there is no going back. You either succeed and your film makes to the film festival circuit (which is a major accomplishment in and of itself), or you crash and burn halfway through the film production process and your film vision never sees the light of day.

The next time you watch a movie I suggest that you pay particular attention to the credits at the end of the film. Take a look at how many names scroll across the screen and this will give you an idea of how much work goes into the making of a motion picture. Then take away all of the names on the screen and picture your name in front of every credit for every job and this will give you an idea of much work YOU will have to do to make your own movie.

When I first graduated from film school I hit the ground running. I landed a decent job as the Director and Animator on an independent film that had Pat Boone’s name attached to it. I was hired to film clay animation stories about The Bible. I worked on that job for about four months and was paid fairly well for my efforts. I decided that the best thing I could do with the money I saved was to make another film. I would take the knowledge and money I gained and use it for my own benefit. I decided to make my own movie with the idea in mind that I would enter it in on the film festival circuit and hopefully win some awards. If that happened it would almost certainly be a boost for my fledgling film career.

I wrote a script for a short film that involved a combination of clay animation and live action, and I was ready to make a film. My plan was to use all of my knowledge and talent and do almost all the work. For the parts that I could not do myself I would hire friends and business associates at a substantially discounted rate. These people agreed to work for cheap in return for a little creative control, a credit for their demo reel, and possibly exposure if the film does well at any major film festivals. I only had to hire them for the filming of the live action scenes and for some of the post production work (like sound design, mixing, foley sound effects, etc…). The animation I would do entirely on my own.

I contacted a couple of friends of mine that managed camera and sound equipment rental houses. They set me up with a 16mm camera package and a DAT (digital audio tape) package to rent at discounted prices. I rented these packages on a weekend (to get the extra 2 days for free) and I started filming the live action part of my film right away.

I worked extremely hard that first weekend. I basically filmed most of the time with only about two to three hours of sleep each day. When I was not filming/acting/directing, I was setting up lights, moving furniture, making meals for everyone, setting up props, distributing and apply makeup, rehearsing with actors, fixing costumes, and performing script rewrites on the set, to name only a few things. By the time Monday morning rolled around, I was mentally and physically exhausted, but I still had to bring back the camera and sound equipment packages by 10:00 am or I would be charged for another day of rental. You do not have that luxury to just sleep in and not worry about it when you are making an independent film on a shoestring budget. There is no rest for the weary when you are making your own movie. Time is money, and you do not have a lot of either one of these resources.

I returned the camera and sound equipment packages just in time on Monday morning. Then I went straight to the film lab and dropped off my film. I then made an appointment for the following week (the soonest date I could get) to see my dailies (developed film), and counted the days until the day of my appointment arrived.

I arrived at the film lab a half hour early for my appointment to see my dailies. As I sat in the lobby waiting for my big moment, I began to get very nervous. Unnerving thoughts began to fill my head. What if one of the rolls of film somehow got damaged in the lab? Maybe the machine that develops the film broke when my film was running through it and all of my film rolls are scratched? What if the cameraman I hired was not as good as his demo reel implied and all my rolls are under or over exposed? What if the guy who took my film at the front desk of the film lab is a disgruntled filmmaker who only took that job so he can ruin other people’s film when they hand it over to him? What if there was a mishap in the film vault involving fire sprinklers and all my rolls of film got ruined? Of course, all of these are irrational thoughts, but nonetheless they are the kind of thoughts that go through the mind of an independent filmmaker as they are quietly waiting in the lobby of a film lab facility prior to their appointment to see the fruits of their efforts.

As it turned out, everything was fine. My dailies looked great and that only inspired me to keep the ball rolling with my film project. I put every ounce of effort that my body and soul possessed into that project, and it paid off. That film (Mike And The Magic Lamp) won several awards at several film contests that year (1998) including a Silver Award at the Houston Worldfest in the same category that had seen past winners with such names as Steven Spielberg, Oliver Stone, and Quentin Tarantino. It was a perfect springboard for my film career. I have made several films since then and all of them have led to bigger and better projects. My latest film is a ninety minute science fiction love story. I already have a couple of distribution offers for this film, and I have yet to enter it in a single film festival. I should be able to make a very decent profit if it does well on the film festival circuit, and I owe it all to my iron resolve to make my film career dream a reality. Where my budget was lacking, my determination picked up the slack.

Celebrating The 60th Birthday Of This All Time Favorite Masterpiece: The Vertigo Movie 2022

What Romance Books Will Not Quote: Real Life Weird Couples In History That Actually Works