History is written by the victors? Exploring the pros and cons of having tv shows based on movies 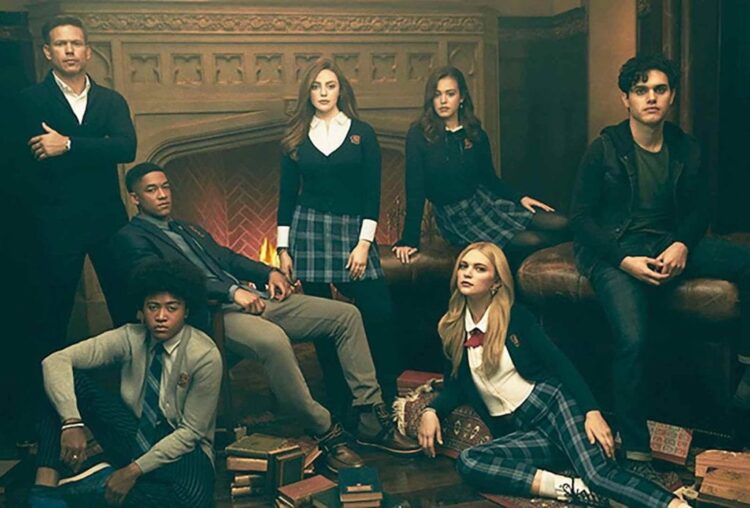 There is a long history of movies that hit the silver screen diving into television sets in the forms of TV shows. Some were met with huge success and longevity, but the majority of them were virtual train wrecks.

On the surface it seems like a logically brilliant idea: take a film that audiences adored and extend it into a more digestible, bite-sized version that they could watch every week from the comfort of their homes. But carrying over the success of a movie into the television realm seems to involve a tricky and delicate science that no one seems to know the formulas to.

A television series adaptation of the Blade trilogy and the recent news of a live-action Star Wars television series coming to life near the end of this decade beg us to ask whether or not either will succeed. Of course, success in this sense can be interpreted in a variety of ways. Does it depend only on the quality of the show? Most likely not, since there have been movie-to-television cross-overs that were critically acclaimed but were only given a few months to run. Does it depend solely on the popularity of the show? Not as much as one would think. So what does success in this genre depend on?

Let’s take a look at some TV shows that were originally movies that ran for long periods of time, and then some that burnt out quickly to see if there is a visible pattern.

– M*A*S*H*: Many people forget that M*A*S*H* was originally a movie (1970) that was met with approval in the theaters. It made its way onto television screens in 1972 and ran all the way to 1983.
– Buffy the Vampire Slayer: The movie was released in 1992 and was met with very mixed results. Somehow the show managed to run for seven solid years (1997-2003) as a television series with a huge fan base.
– Stargate SG-1: Stargate was a film released in 1994. It was met with mixed responses, but the show fared much better, running from 1997 all the way till now.
– Highlander: The film version hit theaters in 1986. Audience response was decent, but the TV series that was launched in 1992 found a faithful following. It ran until 1998.
– La Femme Nikita: Nikita was a film directed by Luc Besson that was released in 1990 and received good responses from audiences. The television series had a strong following and ran on TV from 1997 to 2001.

– My Big Fat Greek Life: Though movie studios underestimated My Big Fat Greek Wedding’s chances for success on the big screen, CBS overestimated its chances for similar triumph as a television series. This big fat disaster ran for seven episodes in 2003.
– Clueless: In 1995, Clueless did well in movie theaters as a comedy-romance. However, when the movie became a TV show in 1996 it was nothing more than a vain, painful, and lame television experience. The show somehow managed to remain on air until 1999.
– Ferris Bueller: Ferris Bueller’s Day Off was a huge hit in 1986, but the TV series only lasted one miserable season in 1990. Ferris has had plenty of days off since then.
– Planet of the Apes: The Charlton Heston-infused movie did well in the theaters in 1968, but for some reason the TV version only lasted one season in 1974.
– Uncle Buck: Was the movie really that great in 1989? It was just a standard comedy that tried to teach youngsters the idea of appreciating your family. So was the TV series in 1990 really necessary? One season tells us “no.”

There are countless other movie-to-TV shows that only lasted a few months, if that. Dangerous Minds, Fast Times, and Parenthood are just three of many, many failures in this genre.

The odds are against the soon-to-be Blade television series and George Lucas’ live-action Star Wars TV show. Though Blade does not really seem to be anything special, it will be interesting to see whether the vampires and monsters that carried the film trilogy will be able to do the same on television screens.

Star Wars does have an insanely huge and loyal fan base, the likes of which no movie-to-TV series has had the luxury of having, and could be the tipping point for the show’s potential longevity and success. But in no way will this guarantee the triumph of the adaptation. Neither will high caliber storylines or acting.

It seems that television audiences and studios are infinitely more fickle than their movie counterparts, so good luck to both the creators of Blade and Star Wars’ Lucas, both of whom will be at the complete mercy of factors that are virtually unknown.

Learning from the low budget movies in bollywood: all you need to know about Independent filmmaking

Popular Celebrity scandal gossip back then: Kenny Rogers’ plastic surgery before and after revealed