Expectation vs reality: how hollywood becomes the new threat that troubles the national security agencies 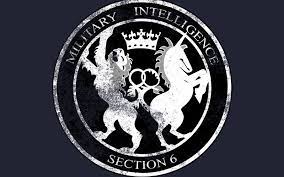 How many Americans are aware that the most sophisticated tools of modern communication are being used on a daily basis in a vast program of disinformation about this country and its people that is beamed into almost every country on earth?

Every time I travel abroad I see this program at work and witness its results. “I am so grateful for this opportunity to get to know you and your family,” said a Muslim woman in India in 2000. “We thought that Americans have no values, that they are materialistic, and care only about themselves. We thought there is no commitment to children and families, that everyone lives in immorality. It is so wonderful to see that these things are not true!”

Our own self-created propaganda wages daily war against us.
Whence this image of America? If someone had set out to create a powerful propaganda strategy to completely discredit a nation, they could have come up with nothing more effective than the garbage stewed up in Hollywood, marketed abroad and shown daily to billions of global citizens.

Our soaps show on a daily basis in the slums of Rio de Janeiro, Cape Town, Nairobi, Bangkok, and thousands of other cities globally. Re-selling these shows makes nice profits for Hollywood.

As Americans, we ourselves are cheapened by their presence in our homes. But at least most of us know that neither we nor our neighbors live in glistening mansions filled with lustful people looking for their next liaison.

Unfortunately most of the world does not know this. When this realization first dawned on me living abroad in the 1980s I was stunned.

People really think that what they see on TV is real life in America? Today, there is no question in my mind. Over and over again, after they have had enough chance to get to know me that they feel free to speak honestly, I have had the experience of people in Africa and Asia saying, “I didn’t realize there are ordinary, decent people living in the US. I thought everyone was…..”

This means that whenever Americans point to high standards or claim to seek the welfare of others, we are eyed with suspicion. People have pictures before their very eyes that, they believe, show who we are and how we live. Why should they trust nice words? Our inclination to lecture others on right and wrong makes us look especially hypocritical.

Worse yet, our vast military network – bases in 60 countries – and our history of frequent use of violence to advance “national interests” – we have dropped bombs in 23 countries since the end of World War II – makes us look like not only an immoral but also a ruthless giant.

Can we blame Muslims, for whom sexual modesty and purity is an important value, for finding it easy to consider us servants of Satan? Luckily, most Muslims oppose violence against America and know the Koran teaches against attacks on innocent civilians. But given the picture of us that Hollywood places on the screens of our globe every day of the year, a percentage are stirred in righteous anger. If anything, it is amazing that there is not more hatred towards us than already exists.

Many Americans are disappointed with the response of Iraqis to our occupation. Why do they not have a little patience, people wonder?

Part of the answer is that, like most of the world, Iraqis have long been skeptical of American intentions. Because they wanted to be rid of Saddam, many hoped for the best when the US invaded. But because their trust was so low to begin with, it took only a few months of errors on our part to convince Iraqis that their long-standing doubts were true.

In an age of weapons portable and powerful, no military force on earth can create security for Americans as long as the majority of human beings believe we are morally corrupt and selfish. Sadly, the truth is that moral corruption and selfishness do exist within us. But could we not at least curb the peddling of wicked exaggeration to the world?

Because we are not trusted at the most basic level of social integrity, the grim truth right now is that any military move we make that is not clearly supported by the majority of the world works against us. Not only do we look immoral, we look ruthless and unaccountable.

What it will take to build sustainable security.
Our security can never rest in futile efforts to destroy with violence every threat that dwells abroad. We cannot, as the saying goes, “chop off the head of the snake” that now threatens. When the majority distrust us, every strike, even “successful” ones, multiples our foes.

Sustainable security will come when people of the world see that we, the wealthiest and most influential nation in history, take seriously the daily well-being of others; when they believe that we care deeply about the ability of their children to get basic healthcare, good education, and jobs.

When the majority see evidence of this – and right now no honest person could point to much – the extremists of the world will gain few followers. In that day, scattered rabblerousers may still murmur and rail against us from the margins of their communities, but the world will handicap and neutralize them far more effectively than our bombs and marauding Special Forces.

In the meantime, could we insist that the entertainment moguls show some responsibility to their fellow citizens and ease off on the disinformation they are peddling abroad?

Classical DVD movies back to life: bring the old tv shows from the 70s “The Donny and Marie” to the crowd

Jules Asner on wild on: the top recommended departure tv series about the best food in the world